Tripawds Supporter sites have no ads!
Skip to content

Today I decided to work my way through my “book closet” and found these pics of our first official foster, way back in the early 90s when we were stationed in Virginia. 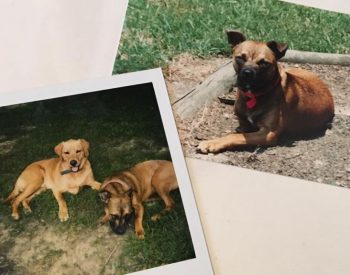 At the time I worked at a boarding kennel attached to a veterinary clinic, and “Cricket” was brought in as a days old baby. She was to be euthanized because she was born without a paw and part of her foreleg. One of the vets brought her over to the kennel side of the business asking if someone would bottle feed and raise her til she was old enough to be adopted to the right family.

So my hubby and I became her caretakers for the first 8 weeks of her life. That missing paw and foreleg didn’t stop her at all. She mastered the hop at an early age and terrorized our big dogs. She made us laugh when she’d get a case of puppy zoomies, and while Cassi and Chrissy were in pursuit, Cricket would slide her tiny body under a chair or the couch and just grin at them.

The family that adopted her sent us these pics of her taken with her big brother in 1993. If you look closely you can see the stub of her right leg that was missing the paw.

And it dawned on me that we had a Tripawds in our life 25 years ago. 💕🐾


To remove ads from your site and others, upgrade to a Tripawds Supporter blog!

Most everyone knows that Boone lost his fight with cancer and crossed the Bridge on Tuesday, March 14th. We weren’t at all ready to say goodbye to this special soul, but he let us know he was ready and it would have been selfish and unfair to him to “try one more thing…”

The first week was almost unbearable for us. Boone had such a big personality and his loss left a hole much bigger than we anticipated. I’ve had dogs my whole life, and I’ve said goodbye to a lot of dogs over the years, but saying goodbye to Boone was absolutely the hardest. Who would have thought that of all of our dogs, this tall, silly happy boy would be the one to completely steal our hearts. But he did.

This video popped up as a memory on my Facebook timeline from April 15th, 2016 and the tears started flowing again. Boone LOVED springtime when the snow was gone so he could return to “rock retrieving.”

But I know Boone is watching over us.

Two weeks after he crossed the Bridge, he sent us a little foster dog that we named Tuck. We had no intentions of bringing another dog into our lives so soon, but this little guy appeared at our local rescue needing an urgent foster. We couldn’t say no. 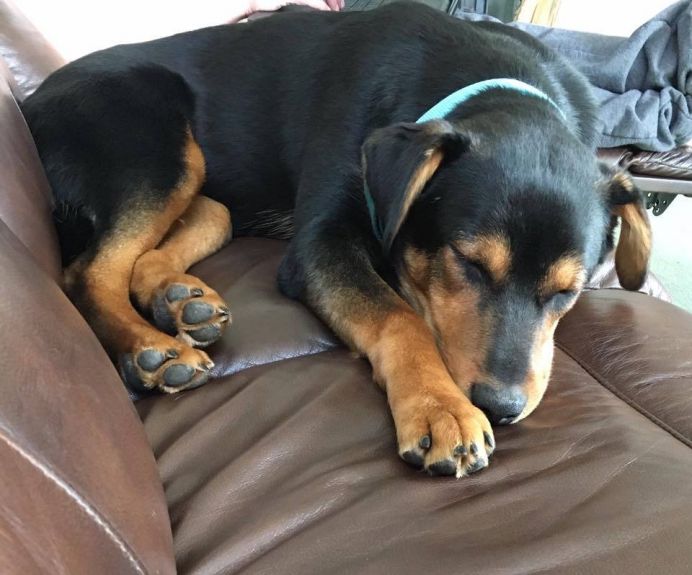 And the following week, Tuck had completely won us over. We were officially “foster failures.”

Tuck does seem to have some “Bad Dog Bundle” characteristics, but he’s totally different than Boone. And that’s a good thing. Boone was special. Unique. And no dog will ever take his place.

I was watching a show the other night, and one of the characters was talking about how life goes on after someone you love dies.

She said “Life goes on. It’s not wrong, just different.”

So our different life, without Boone, goes on.

Bad to the (TriPawd) Boone is brought to you by Tripawds.
HOME » NEWS » BLOGS » FORUMS » CHAT » YOUR PRIVACY » RANDOM BLOG